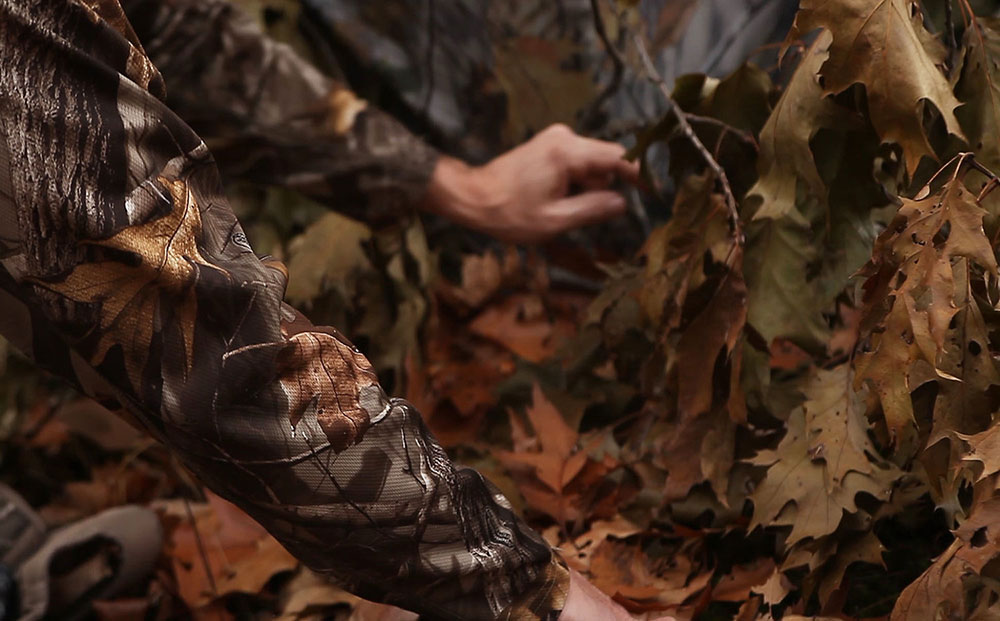 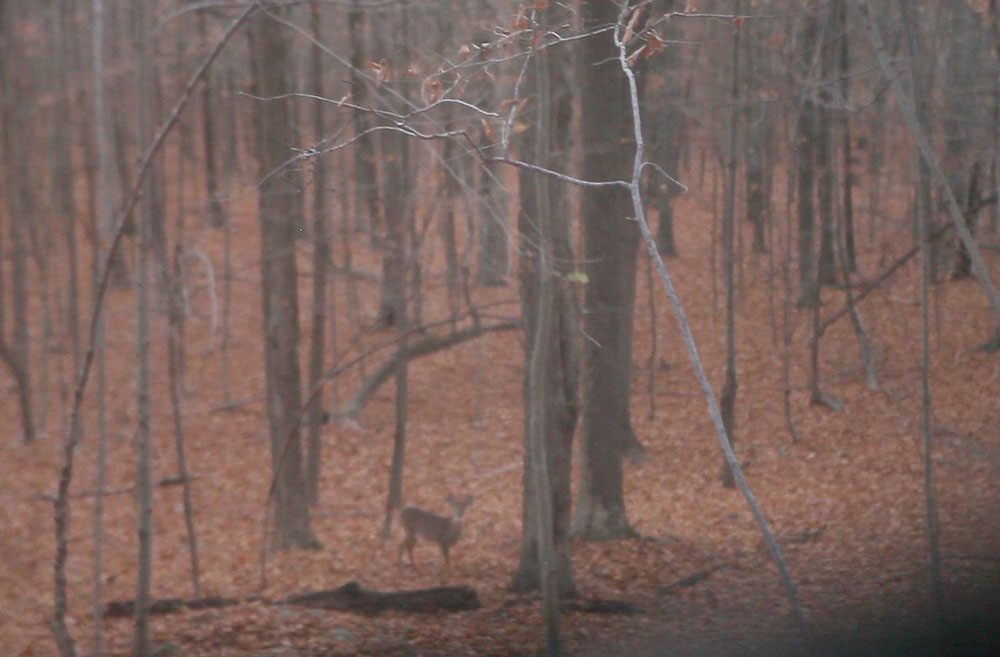 Lure was filmed on the day of, and day after the 2016 US election day in Upstate New York. The day before, I had met up with Patrick, who had responded to my ad on Craigslist. Patrick and I agreed to meet the next day at 4.30am at the edge of forest to go deer hunting. I had washed all my clothes and body in the required scent-blocking products and set off. We sat for hours in an elaborately camouflaged tent, waiting as the night gave into the morning, allowing the camera to prey on the hunter who attempted to lure his prey. Apprehensive, scared even at first now, it seems important to have made this connection, and to have spent the elec-tion day in close proximity to a man with a weapon in the woods, who, after we fin-ished shooting, was going to place his vote. The film is shot in whitetail deer breeding season so Patrick’s calls and gestures are attempts to mimic sounds, scents and movements to seduce or challenge deer luring them into shooting range.